Previous news
All news
Next news
All Queen Mary 2 info

Bridges. They are made of stone or steel, suspended or on cables, above ravines, rivers, and oceans. These structures, that fascinate the entire globe, are often part of incredibly impressive design with engineers always on a quest to create taller, longer and more beautiful bridges across the world. Today, we focus on five technical and design achievements, which like the Saint-Nazaire bridge and Verrazano, (both symbols of a transatlantic challenge imagined to celebrate 100 years of brotherhood between France and the United States) are involved in building connections between people.

Crossing the Han River in Đà Nẵng, Vietnam, this suspended deck bridge has 8 channels, 6 roads, and 2 sidewalks. Measuring more than 37 meters, this bridge ends with an impressive dragon head that even breathes fire! At night, this impressive dragon lights up with 15000 LEDs. 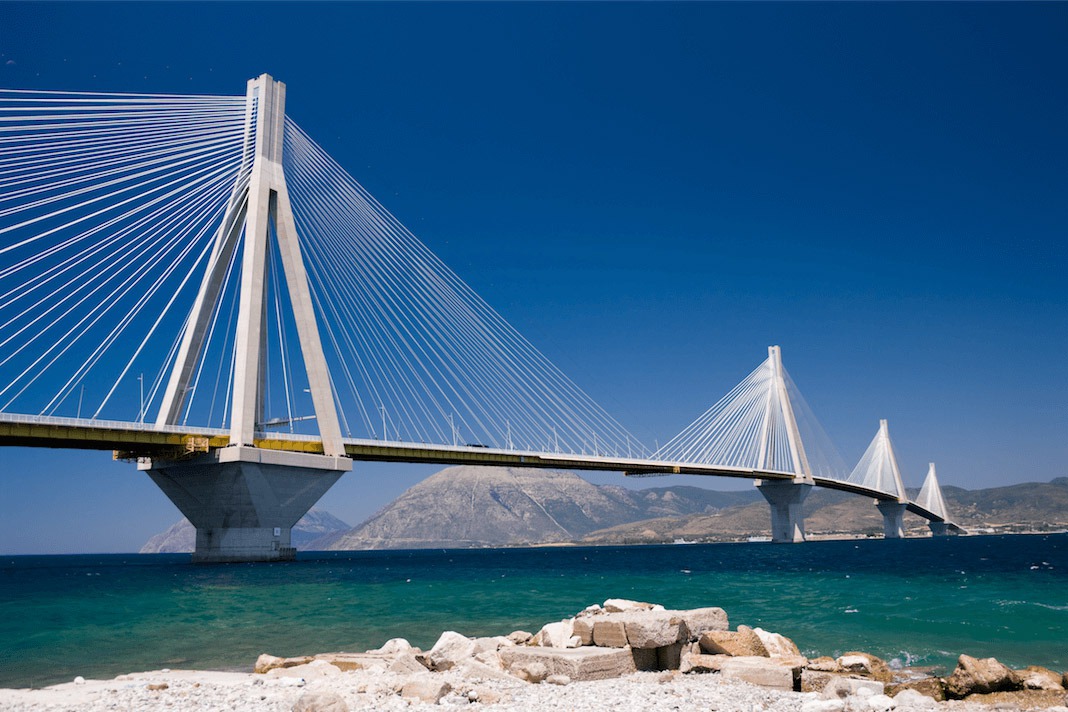 In Greece, between Rio and Antirrio, rises a long bridge spanning 2,883 meters and crossing the Gulf of Corinth. This bridge, supported by suspended cables, exceeds 160 meters in height and was built with a budget of €730 million. The work began in 1999 by the hands of architect Berdj Mikaëlian and was completed on August 16th, 2004, the same day as its inaguration. The year 1999 was also the first time an Olympic torch would cross this bridge. Led by Irina Szewinska, Otto Rehagel, and Stratos Apostolakis, the torch flew across this magnificent bridge into Athens where the games were set to commence. 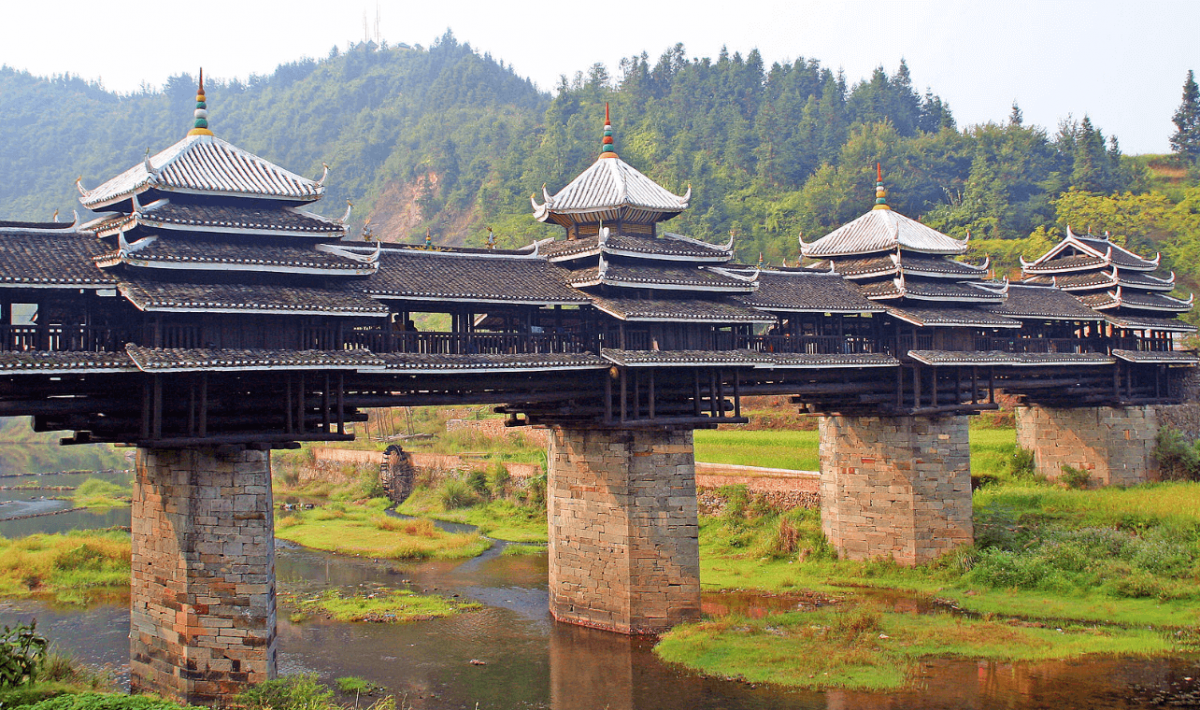 Emblematic of the Dong ethnic group, the Chengyang Bridge is also called ‘The Bridge of the Wind and Rain’ in Chengyang. In this region, each village has its own bridge, whose primary function is to honor the spirit capita. This bridge was completed in 1916 and spans 64 meters in length. 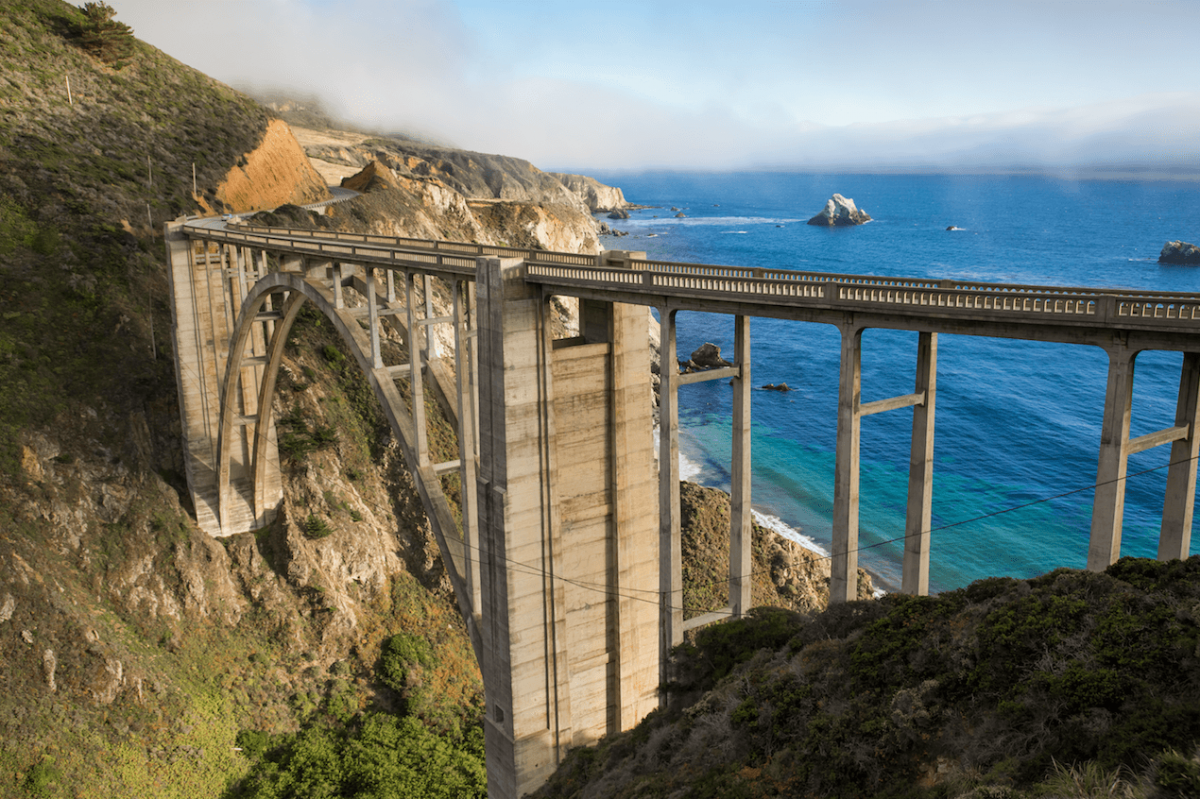 Located 190 km outside of San Francisco, this magnificent bridge is proudly facing the sea spanning 218 meters in legnth and rising 80 meters above the water. Its construction began in 1931 and was completed in 1933 by the architect, Harvey Stover, in Carmel-By-The-Sea. 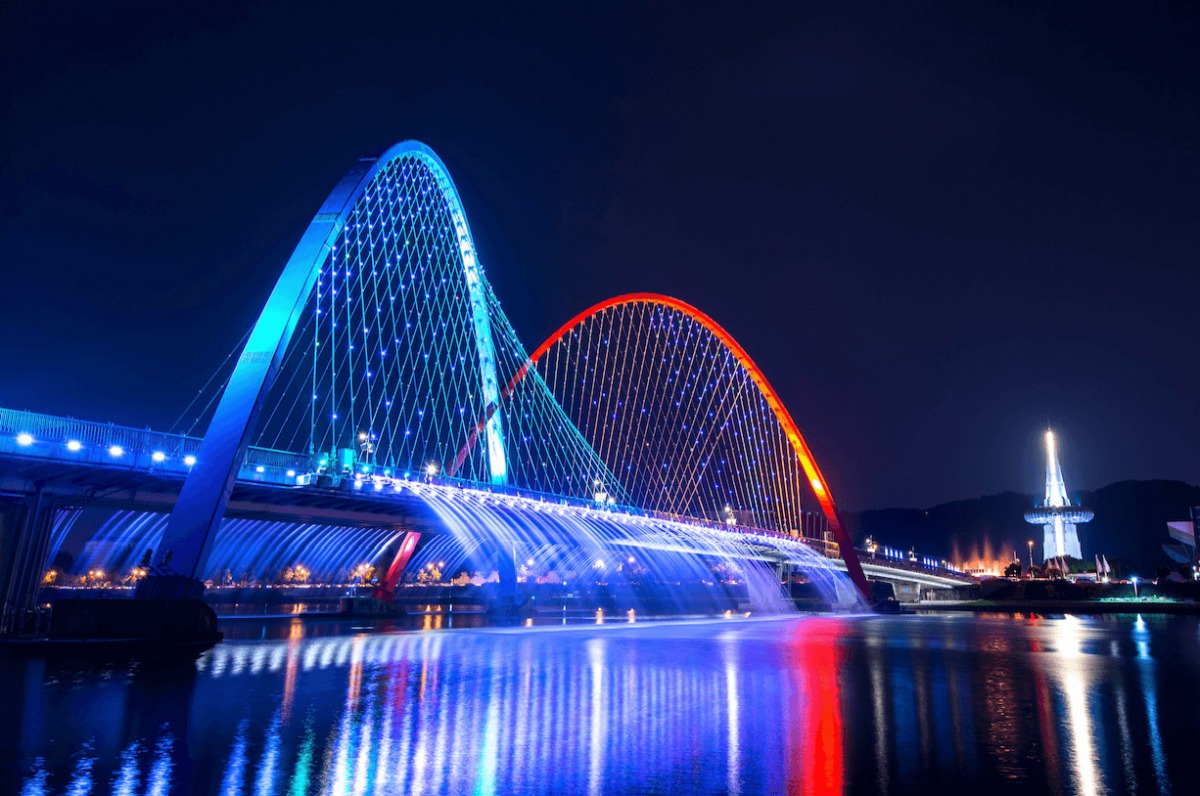 Overlooking the Han River, Banpo bridge transforms into a rainbow sky after the sunset. In Seoul, the bridge provides access to the Seocho and Yongsan districts, providing a safe way to cross the river, especially during the rainy season. The pouring fountain measures 570 meters and attracts many curious people every year, who often come to observe this rainbow colored water pour into the river 20 meters below. Obviously, we could not talk about bridges without mentioning the Saint-Nazaire Bridge, and the Verrazano-Narrows Bridge (New York), the start and end of The Bridge 2017, a race designed as a fraternal bridge commemorating the trail landing, back in 1917. 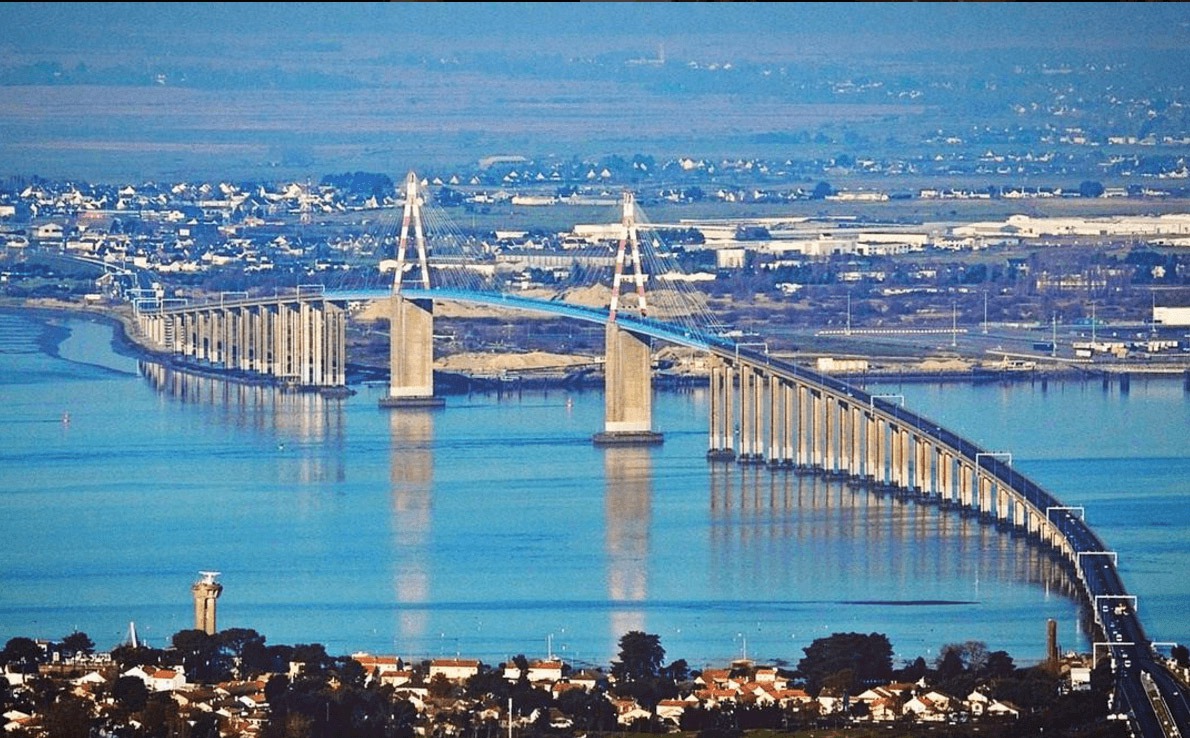 With its 3,356 meters above the estuary of the Loire, the Saint-Nazaire Bridge is the longest in France. The construction began in March 1972 and finished three years later, in 1975. On that date and for 8 years, it also held the title of the longest cable-stayed bridge in the world. On another note, the Saint-Nazaire Bridge has no official name, but only a customary name. 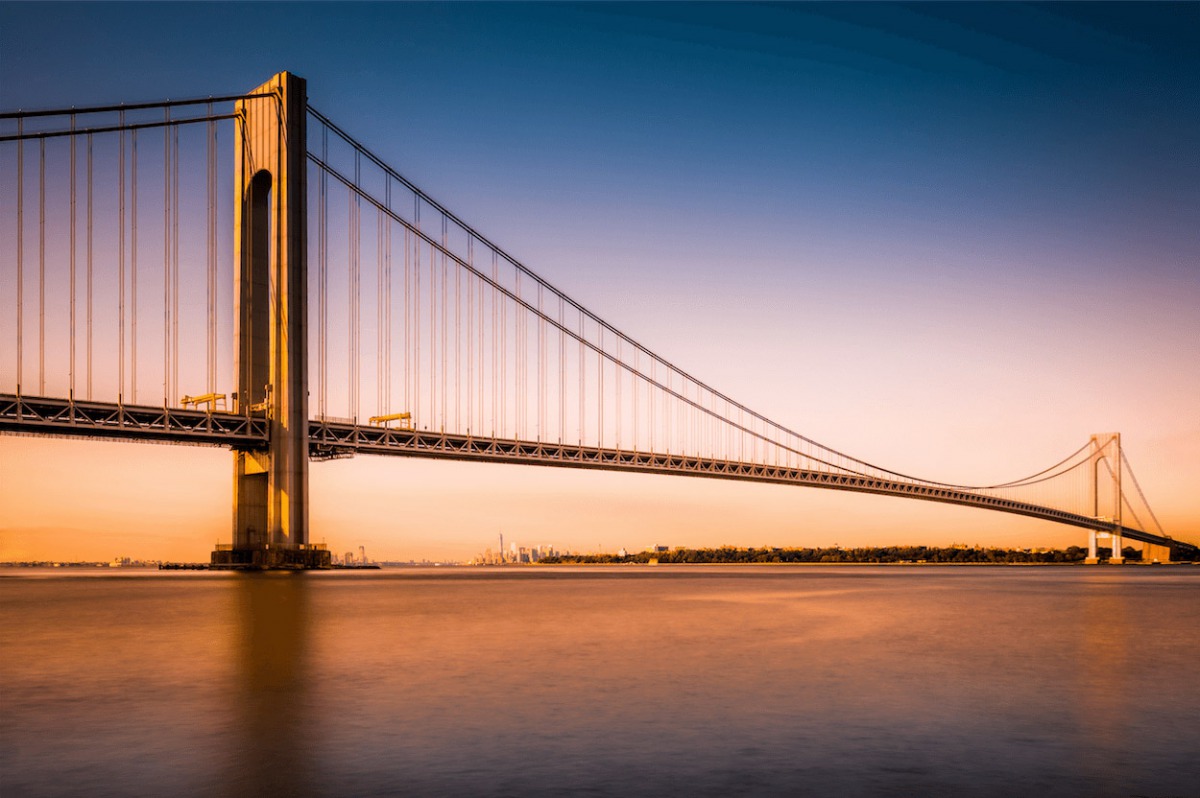 The Verrazano-Narrows Bridge celebrates Giovanni da Verrazzano, the first man to cross the strait "The Narrows". Symbolically inaugurated by Frenchman, André-Félix Vincent, its original construction lasted more than five years (1959-1964). It was the highest suspension bridge in the world until 1981. This was when the construction of the Humber Bridge in England was completed. This English bridge measured 4,176 meters in length, with a height of more than 210 meters. The bridge now connects Brooklyn and Staten Island. It will be the incredible finish line against the clock between the "liner" Queen Mary 2 and a fleet of giant trimarans. This will be a spectacular sight you’ve never seen before!