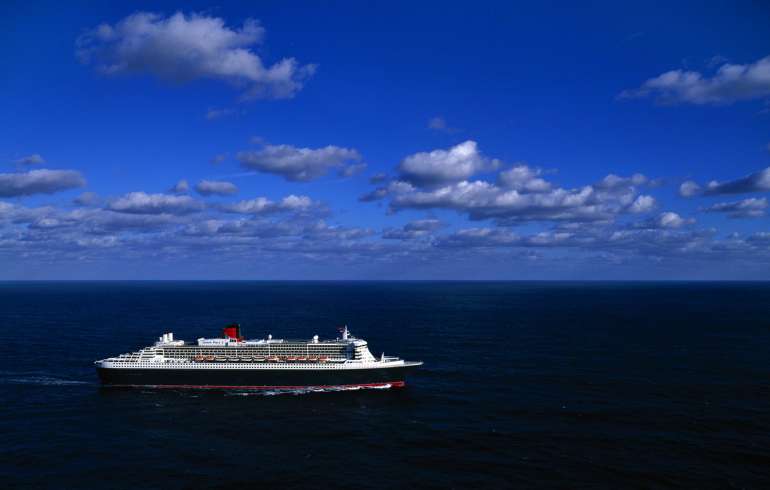 The Bridge 2017 is first and foremost the celebration of a unique centennial. To understand it, one must go back to June 26th, 1917, the day when the… 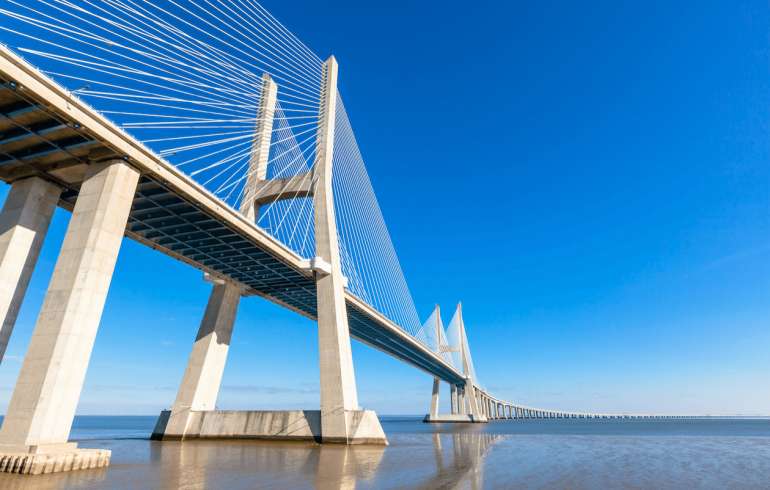 Discover the 5 most beautiful bridges in the world

Bridges. They are made of stone or steel, suspended or on cables, above ravines, rivers, and oceans. These structures, that fascinate the entire globe,…
All news

THE MOST BEAUTIFUL OF CRUISE LINERS

Flagship of the British company Cunard, the Queen Mary 2, built in Saint-Nazaire in the early 2000s, is recognizable by its red and black hull and its slender lines evoking the ocean liners of the early 20th century.

The first crossing of the Atlantic in a “liner” of this type dates back to 1840, when Samuel Cunard was the owner and the ship-owner of these ships built to develop transport between the European and American continents. No one could have thought, not even Sir Cunard, that these passenger ships would transverse the centuries. The Queen Mary 2, which impresses with its gigantic proportions, is today the most prestigious of them. Presentation of a ship that has not finished making waves... 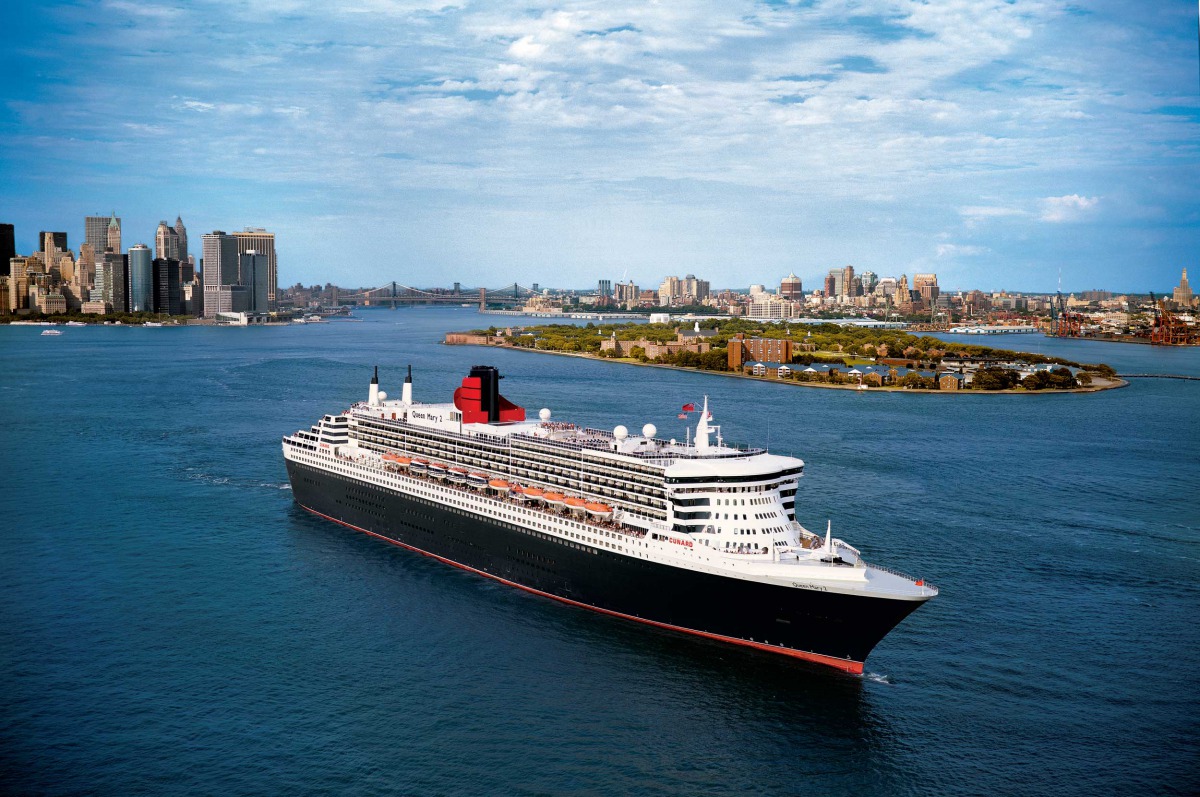 The Queen Mary 2 in figures

Christened by the Queen

In 1998, plans for the Queen Mary 2 took shape under the orders of naval architect Stephen Payne and work began in Saint-Nazaire in 2002. One year after its launch and its christening by Queen Elizabeth II, passengers filled the decks of this superb ship that set sail for its very first cruise on January 12th, 2004.

Worthy successor to the Queen Elizabeth, the Queen Mary 2 became the biggest, longest, tallest, widest and most expensive passenger ship of all time. Taller than the Statue of Liberty, the Tower of London and the Coliseum in Rome, the Queen Mary 2 has always been awe inspiring because of its size, capacity and speed. It is 345 metres long and measures the equivalent of more than three times the length of a football field or 41 London buses lined up nose-to-tail. In May 2016, the majestic liner was overtaken in size by another liner, but only marginally, by the Harmony of the Seas. However, she still remains the most beautiful in existence.

The Queen Mary 2 is not only an ambassador for Great Britain, she is also an ambassador for France. THE BRIDGE project is perfectly adapted to her needs. When she left the Loire in 2003, there was a hope shared by the company Cunard Line and the proud population of Saint-Nazaire that she would return one day. I am sure that her return to the port of origin on June 24th, 2017, will remain engraved in maritime history.

The cruise of the century

Main player of THE BRIDGE, the Queen Mary 2 will never have been mentioned so much. In the Centennial Transatlantic Race, it will play opposite the fastest trimarans in the world. After its departure on June 25 at 7 pm, at the foot of the Saint-Nazaire bridge, the famous “liner” with 157,000 horsepower, which is capable of 28 knots of cruising speed, is expected in New York early in the morning on July first at the foot of the Statue of Liberty.

Speed, luxury, calm and voluptuousness on the ocean

A true offshore city, the Queen Mary 2 combines speed (28 knots) and comfort for its passengers. Restaurants, cinema, concerts, spas and other centers dedicated to well-being... The cruise ship symbolizes the golden age of the transatlantic routes. It guarantees an exceptional stay in a luxurious environment, and a timeless cruise on the ocean. 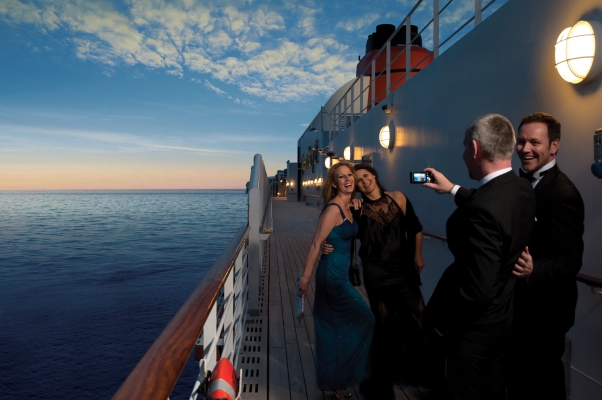 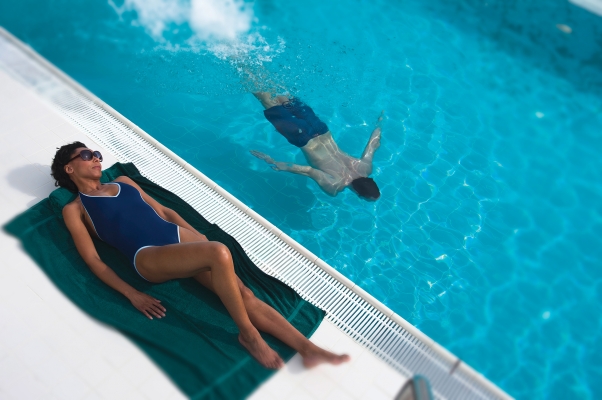 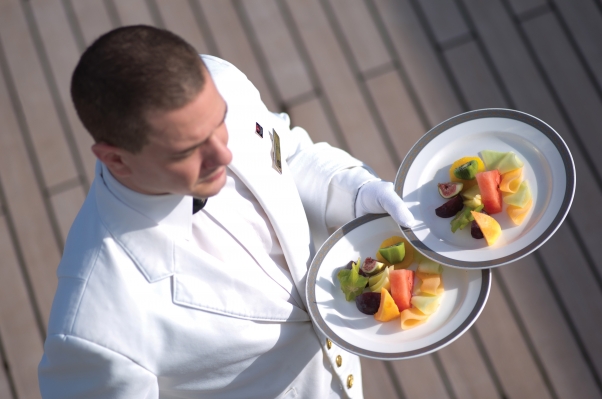 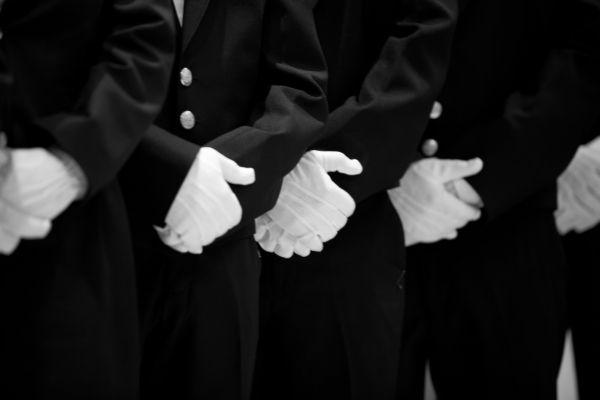 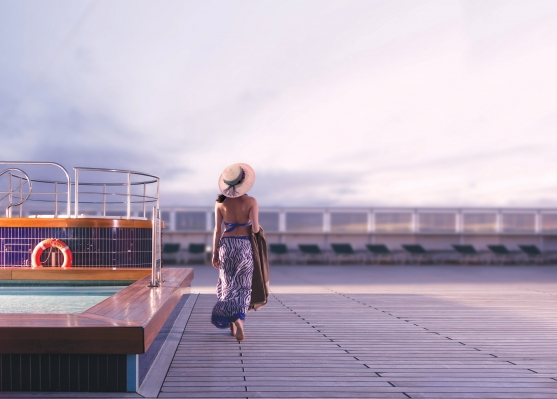 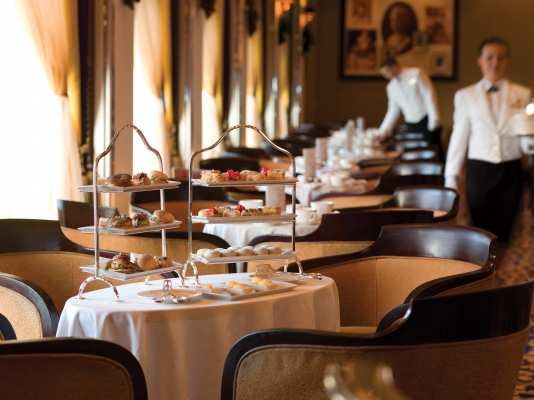 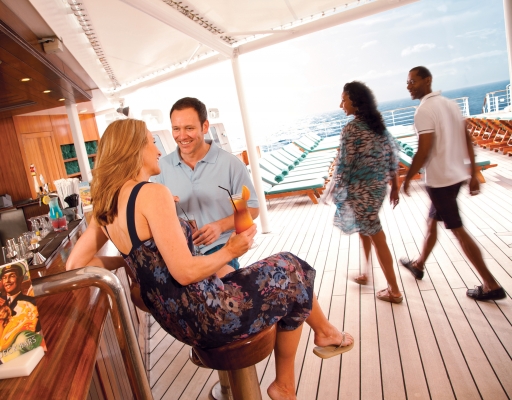 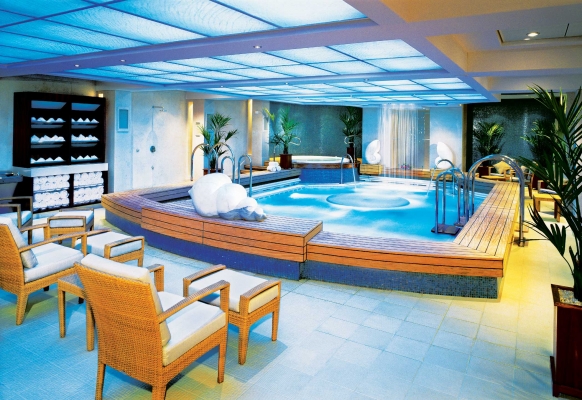 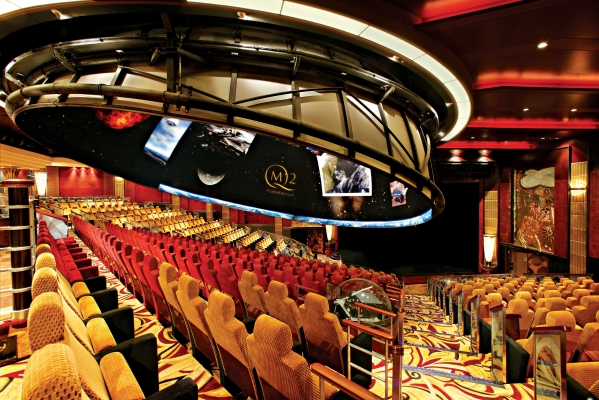 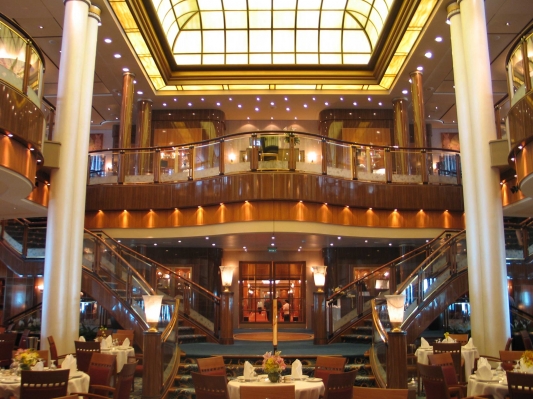 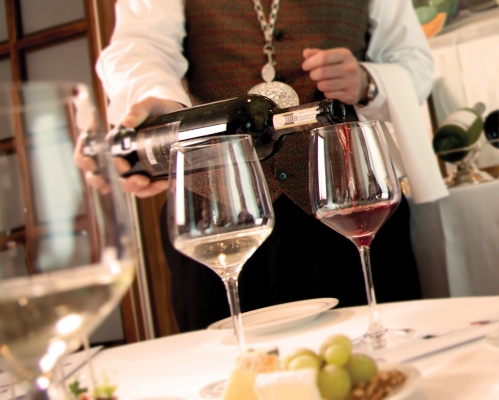 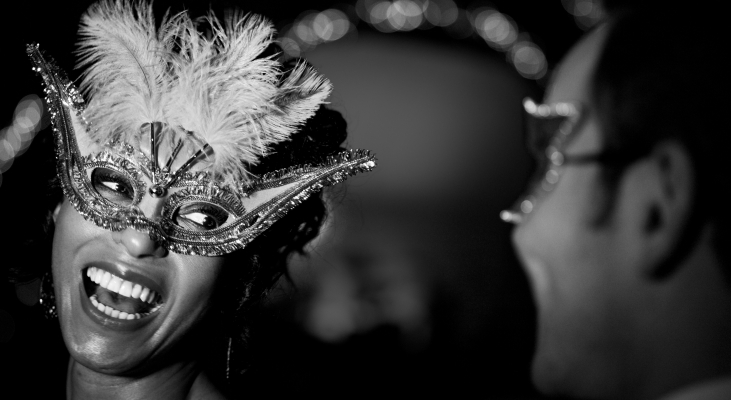 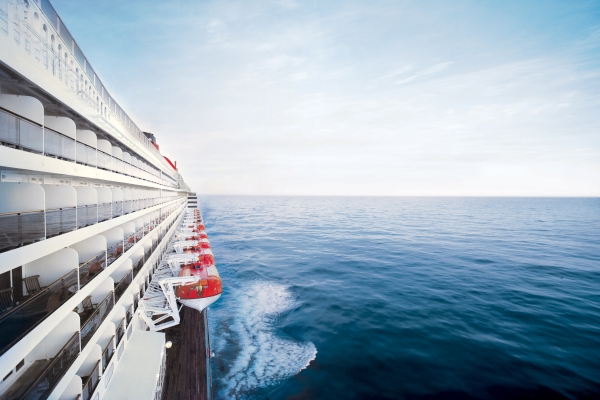 Since its inception, the Cunard company has always been at the forefront of innovations aboard legendary cruise liners. Flagship of the fleet, the Queen Mary 2 does not fail in this tradition. Its 13 passenger bridges, with spaces dedicated to sports and leisure, its swimming pools, shops, bars and sumptuous lounges, allow all passengers to move around freely and indulge in their individual interests.

To get on board the Queen Mary 2 is to take part in a unique adventure, where service and pleasure are the key words. From the moment you embark, the Grand Lobby, which is three floors high, imposes itself with its majestic staircase. Smaller lounges invite you to relax. Art and culture coexist with the casino, the planetarium, the bookshop and the library, the most well stocked at sea with its 8000 books.

Gastronomy occupies an important place, with a choice of refined menus and many opportunities for gourmet events. In the tradition of the big liners of yesteryear, each category of cabins has a corresponding restaurant with sea view. The wide choice of restaurants on the Queen Mary 2 will delight the gourmets. Rendezvous at the Sir Samuel’s for a glass of wine in the west end to enjoy a dinner show, or at the Commodore Club, where the jazzy atmosphere makes it a landmark for music lovers. Not to be missed during the crossing: tea time. Served every afternoon in the beautiful Queens Room, in white gloves, as the British tradition demands!

To return to Saint-Nazaire

The city of Saint-Nazaire, renowned for the skills and know-how of its shipyards, remains the cradle of the finest gems of the cruise ships. The return of Queen Mary 2, the most prestigious of them all, to its port of origin, will be an iconic event for the City of Liners whose history, culture and economy are strongly connected to the sea and its industries. 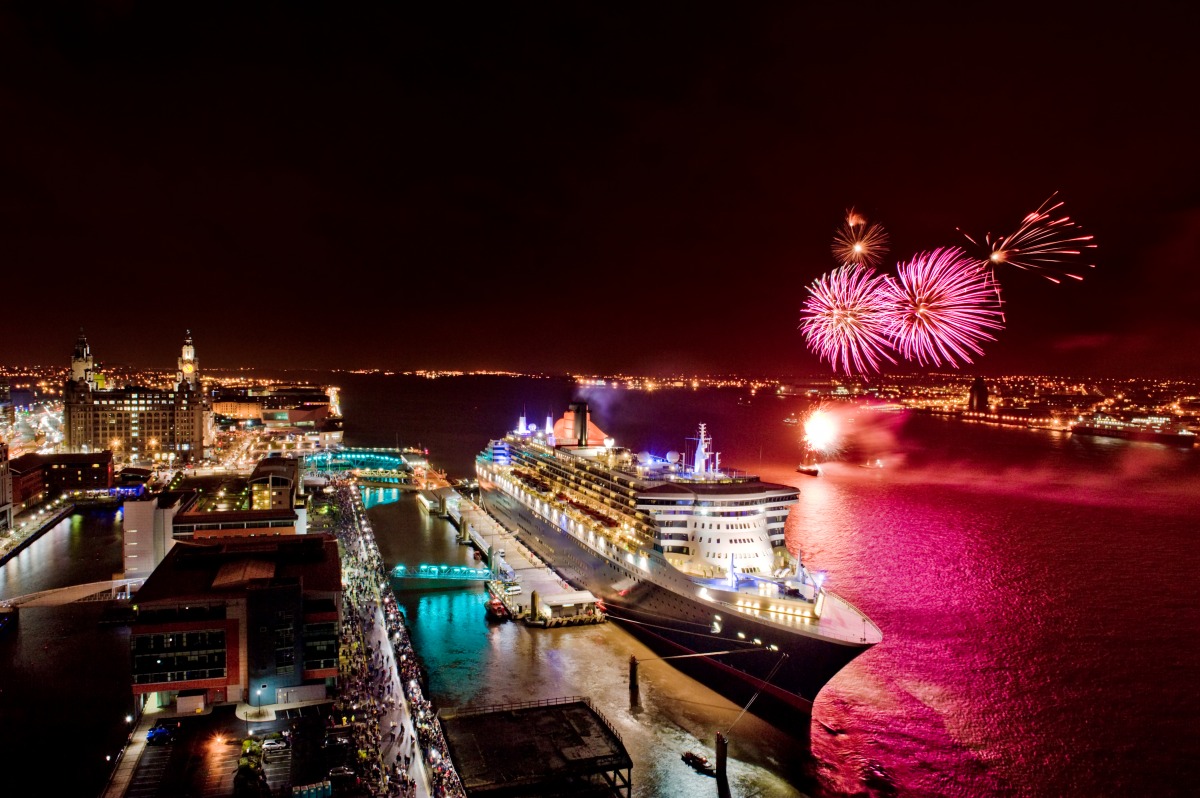 In the hearts of the Nazarenes, the Queen Mary 2 is obviously not a cruise liner like any other. The anniversary that it comes to celebrate with us is a moment of encounter between the great history and memory of our region.

The Queen Mary 2 will sail to join THE BRIDGE from Southampton, its home port on the south coast of England. After a short stop in Cherbourg on June 23rd to allow the 100 Club business leaders and passengers to embark on the Centennial Cruise, the steel giant will head for the Cité des Paquebots. On the way, it will cross paths with the Centennial Armada this exceptional fleet of ships flying the flag of a dozen nations will come together in Brest to celebrate the victory of peace at sea and along the coasts. The fleet will come to salute the famous liner and escort it to its port of origin.

The 345-metre-long giant, with its elegant lines, 17 decks and its colossal 72-metre chimney, is expected to enter the Louis Joubert Lock on the afternoon of Saturday, June 24th. Following the numerous festivities on the THE BRIDGE programme, on Sunday 25th June, the Queen Mary 2 and the maxi-trimarans will sail out of the Loire estuary and arrive at the starting point for the historic race across the Atlantic that lies ahead of them. One hundred years after the landing of the first American soldiers on the European continent, the three cannon shots of this great challenge will reverberate under the bridge of Saint-Nazaire... This time, as a token of friendship.

Sail off on the cruise of the century

Participate in the race, join the adventure, write the story.