The tournament open to all

Home > World Cup of basketball 3x3
Join us on: 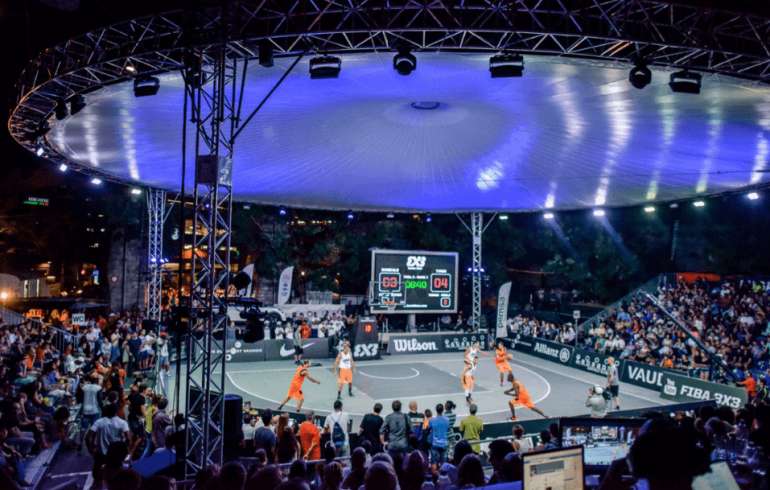 After Greece and China, as well as Russia, France will have the honor of hosting the FIBA World Basketball 3x3 Championship in Nantes from June 17th through…
All news

A first in France

The year 2017 promises much for basketball fans in the Grand Ouest: from June 17 to June 21 Nantes will host the fourth 3x3 Basketball World Cup, at the foot of the “Grand Éléphant” and near the “l’Arbre à Basket”, on the famous Machines de l’île site. This competition, organized jointly by THE BRIDGE, Nantes Métropole, the FFBB ((Fédération Française de Basket [The French Basketball Federation]) and FIBA (Fédération Internationale de Basket [The International Basketball Federation]), is a first in France! 20 men’s teams and 20 women’s teams from the four corners of the planet will therefore flock to the banks of the Loire. Described by FIBA as “a young, modern, new and attractive sport”, 3x3 basketball will be at the heart of the celebration!

Basketball is one of the most beautiful American legacies, and, more than ever, it unites and fascinates the crowds. Thus, THE BRIDGE 2017 offers a special place to 3x3 basketball in the commemoration of the 100 years of the American landing, alongside other leisure activities such as sailing and music.

After Athens, Moscow and Guangzhou, Nantes will be the fourth city hosting the 3x3 Basketball World Cup. La Cité des Ducs is preparing to receive the best players on the planet of this variant of basketball. These top-level athletes will compete in matches, individual “dunk”, shoot and dexterity competitions and share with the public the communicative energy of this fast-growing, spectacular and innovative discipline. A perfect opportunity for all lovers of the orange ball to enjoy exceptional matches and soak up the American culture! 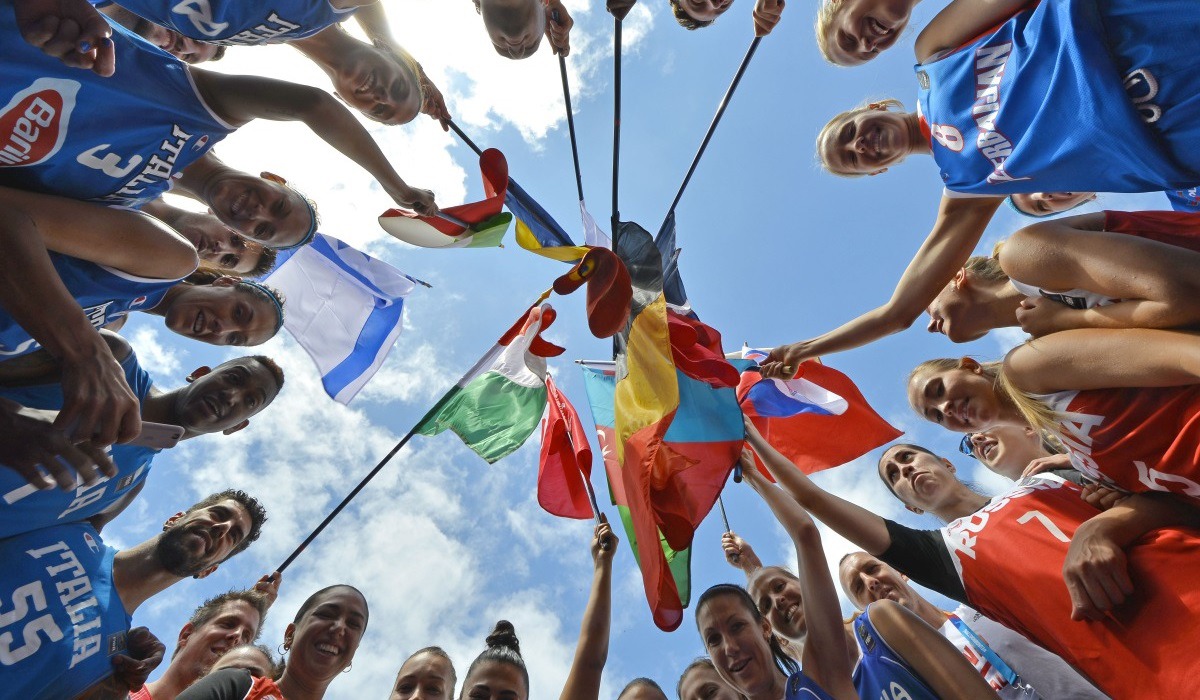 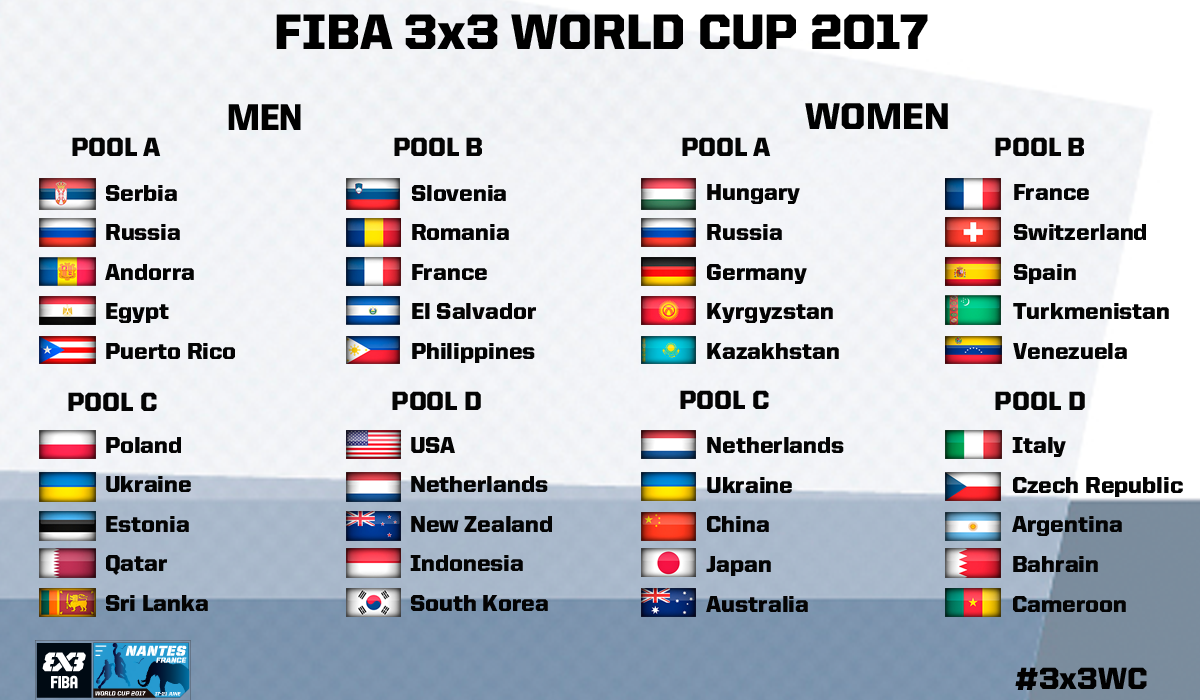 More information on the official website of the World Cup

This spectacular and innovative discipline, arising from street culture, brings together two teams of three players. Considered to be the first urban team sport in the world, the "3x3", rich in rhythmic and festive culture, is played everywhere. In full swing, popular with youth in cities around the globe, it has every chance of becoming a new Olympic discipline at the next Olympic Games in Tokyo in 2020. 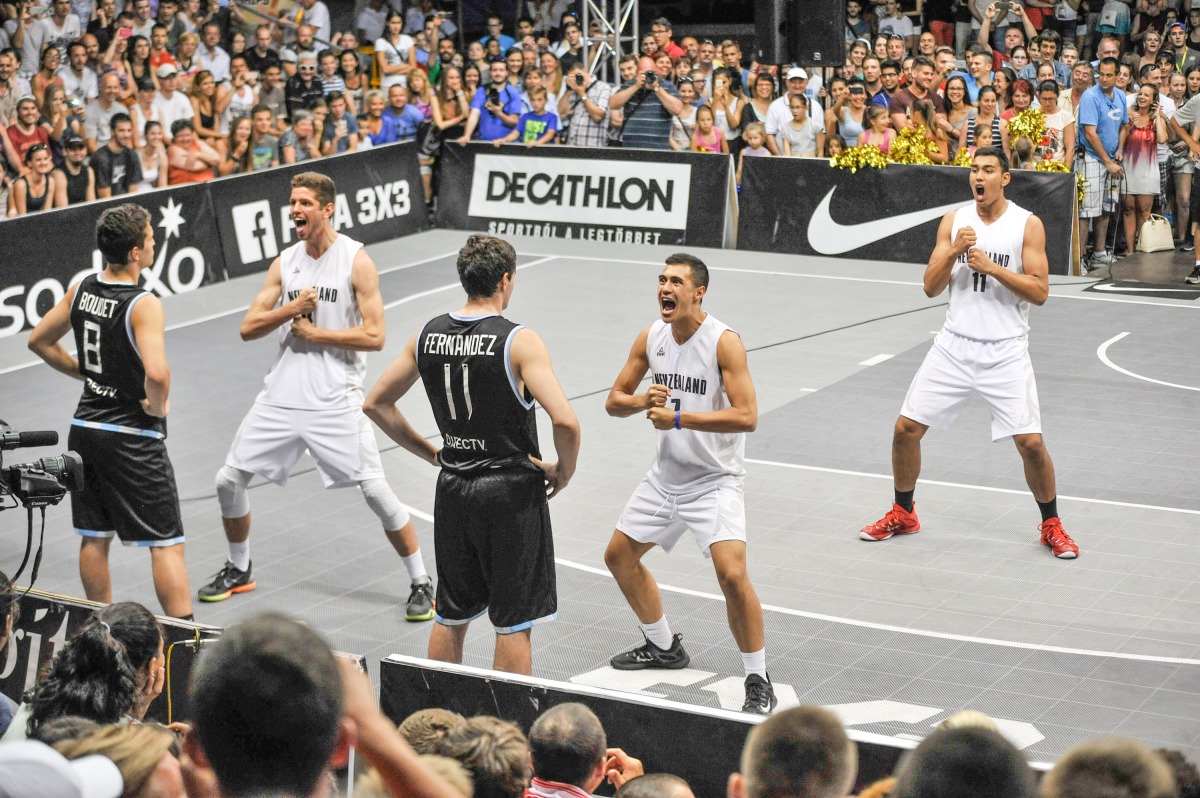 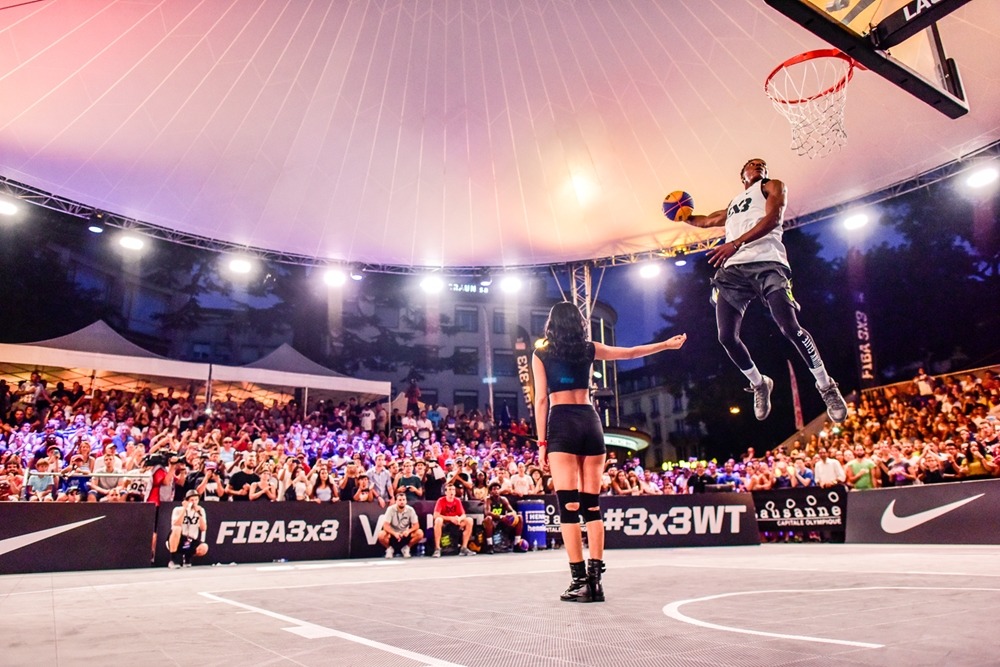 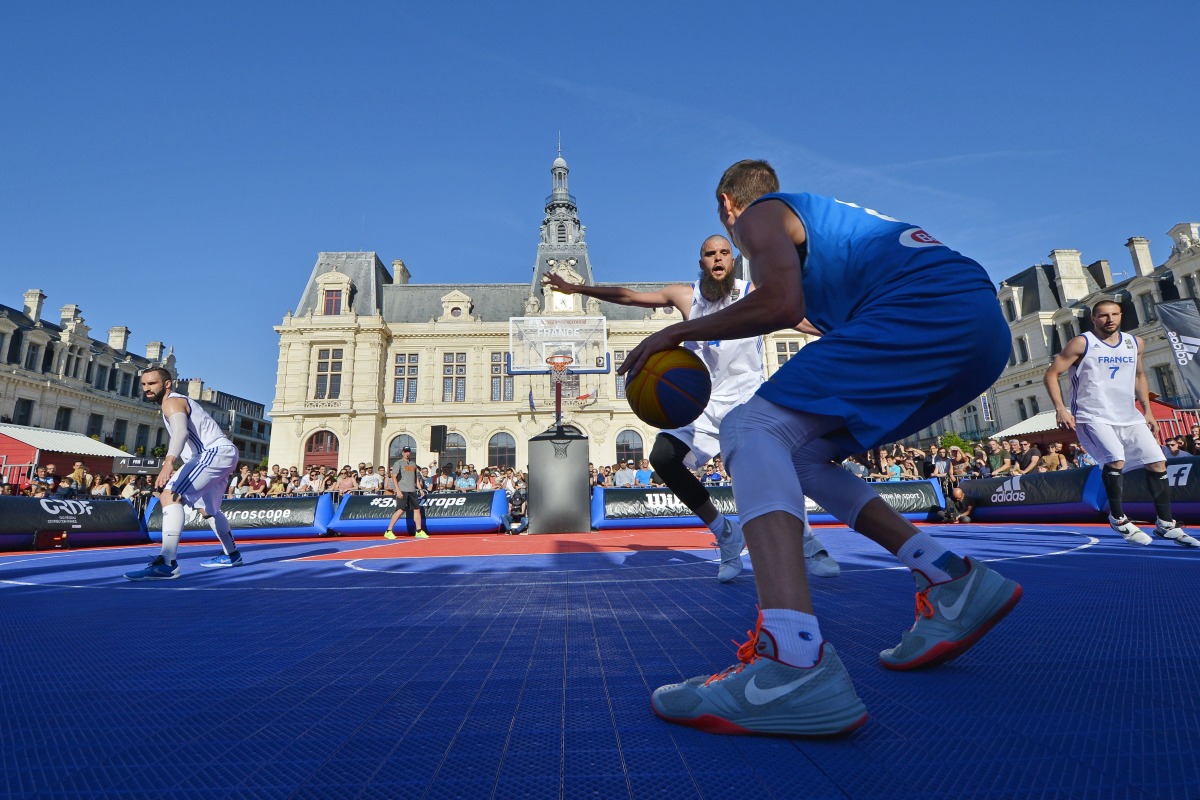 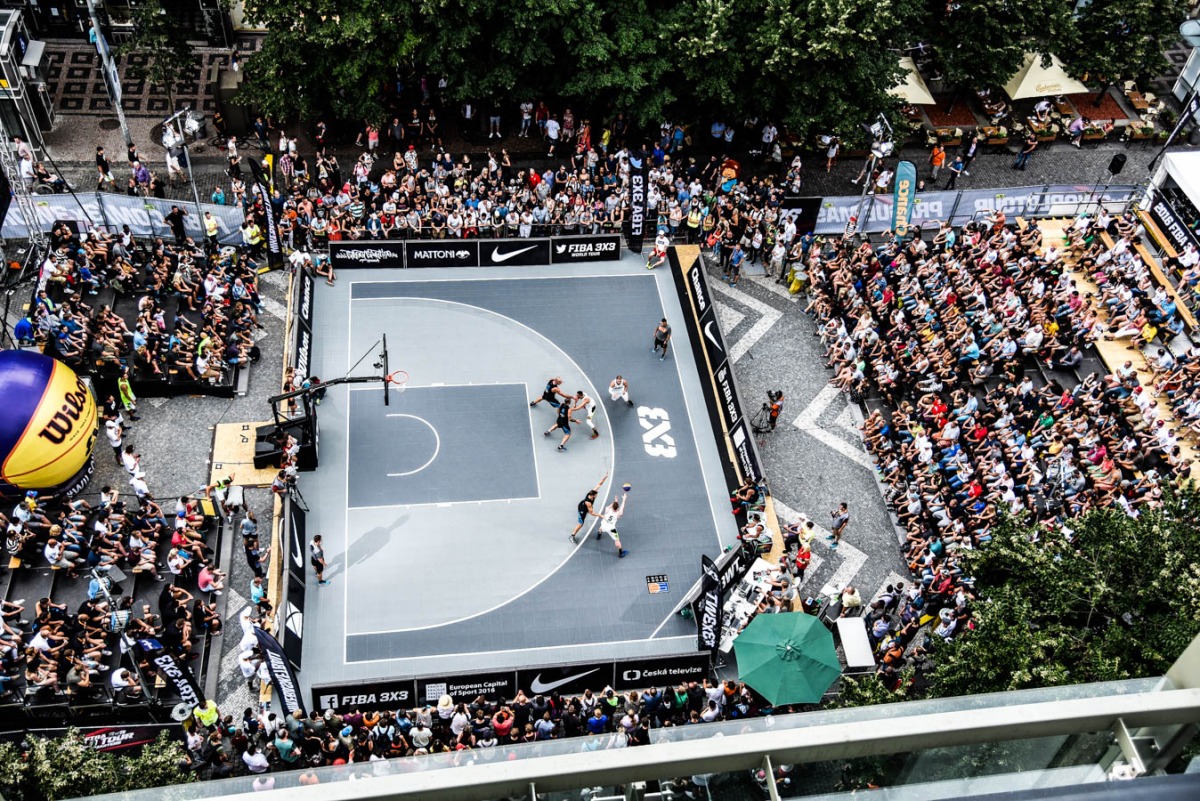 The first urban team sport in the world

From the street to the television

The success of basketball and its variants is tangible among the French, who found an emblematic figure in Tony Parker, ambassador of THE BRIDGE event. Imported into Europe in 1920, 3x3 basketball quickly achieved genuine success in the hexagon (France) up to the European title of the national team in 2013.

Inspired by street basketball, this variant is considered to be the first urban team sport in the world and has the distinction of being practiced, as the name suggests, by two teams of three players on a half-court.

Since 2012, FIBA has implemented its slogan “From the street to the world stage” and organizes international competitions bringing together national men’s and women’s teams to promote this discipline.

The rules of the game

FIBA is responsible for the rules defined for this sport, here are the main ones:

FIBA’s goal is clear: it wants to see the sport become an Olympic discipline for the next Olympic games. Objective almost accomplished: 3x3 made its debut in 2010 at the youth Olympic games in Singapore and was present at the Rio Olympics as a demonstration sport. The BRIDGE 2017 event is another great opportunity to highlight this sport.

The basketball player Tony Parker, iconic player of the French team and the NBA was seduced by the concept, and is the exceptional ambassador for THE BRIDGE. Born to a European mother and an American father, representing both France, where he grew up, and the USA, he is a fine illustration of the strong ties and relationships uniting these two nations. 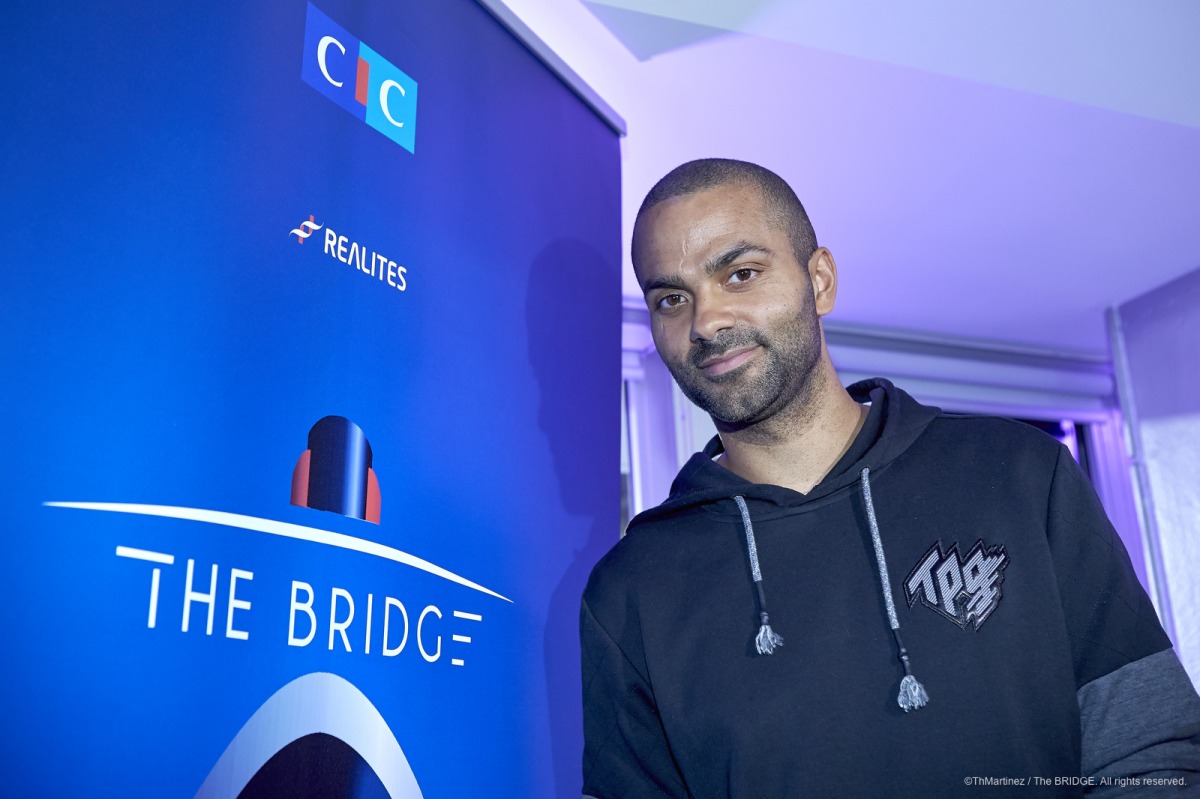 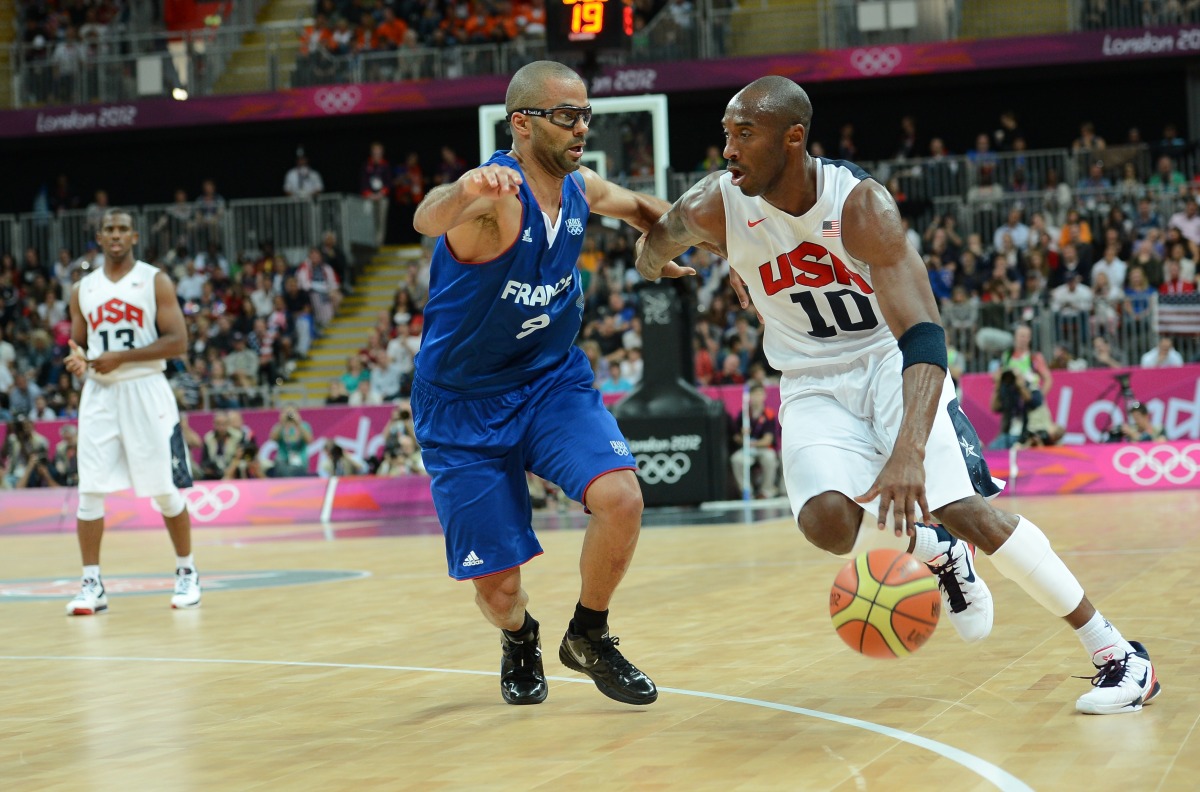 At 34, “TP” (pronounced "teepee") has built his career on the other side of the Atlantic with the San Antonio Spurs, who he joined in 2001, winning five NBA championship titles over the years. Nevertheless, he has always shown unwavering loyalty to the French team, which he led to victory in the 2013 European Championship.

This popular and charismatic sponsor, ambassador of the values of fraternity and humanity which enliven THE BRIDGE, will be present at the main events in the basketball program.

“France and the the United States, this project speaks to me. It is also a little nod to history to say thank you for everything that happened before. It makes complete sense to me to be involved as I fully identify with THE BRIDGE. I am also passionate about the sea, I adore water and boats. A race like this between a liner and large sailing boats will be very impressive. It is a big project that is growing and I look forward to seeing the event.”