A century ago, jazz landed in France. In 2017, THE BRIDGE celebrates 100 years of American music. See you in St-Nazaire and New York!

The fatest sailing boats in the world defy the prestigious Queen Mary 2 on the way back from the 1917 American landing!

100 years after seeing this sport come straight from the United States, Nantes hosts the 3x3 World Cup basketball. A first in France!

THE BRIDGE is an unprecedented challenge: the celebration of 100 years of friendship and solidarity between France and the United States, a historic transatlantic race between Queen Mary 2 and a fleet of giant trimarans, following in the footsteps of the 1917 landing. A first of its kind! Designed and imagined as a bridge of friendship, THE BRIDGE also gives pride of place to jazz and basketball, showcasing a century of friendly and cultural exchanges between the two countries. This Franco-American event is supported by the basketball player Tony Parker, and symbolises the ties forged over several generations between people who are separated by the ocean but united in friendship.

From bridge to bridge ...

From the bridge of Saint-Nazaire to the Verrazano Bridge in New York, THE BRIDGE will bring together the most fabulous ocean racing boats and the most prestigious transatlantic liner. A century after the landing of the first American soldiers who came to fight alongside the Allies to defend liberty. THE BRIDGE will provide the perfect stage for a fantastic race , which will start on June 25th 2017.

As part of the Centennial Mission 14-18, this significant event invites companies to join the 100 Club to come on board at the heart of the race for a unique voyage on the finest ocean liner. 2,691 passengers are expected to follow the race, live, from on board in the Atlantic.

France and the the United States, this project speaks to me. It is also a little nod to history to say thank you for everything that happened before. It makes complete sense to me to be involved as I fully identify with THE BRIDGE. I am also passionate about the sea, I adore water and boats. A race like this between a liner and large sailing boats will be very impressive. It is a big project that is growing and I look forward to seeing the event.

Tony Parker, sponsor of THE BRIDGE 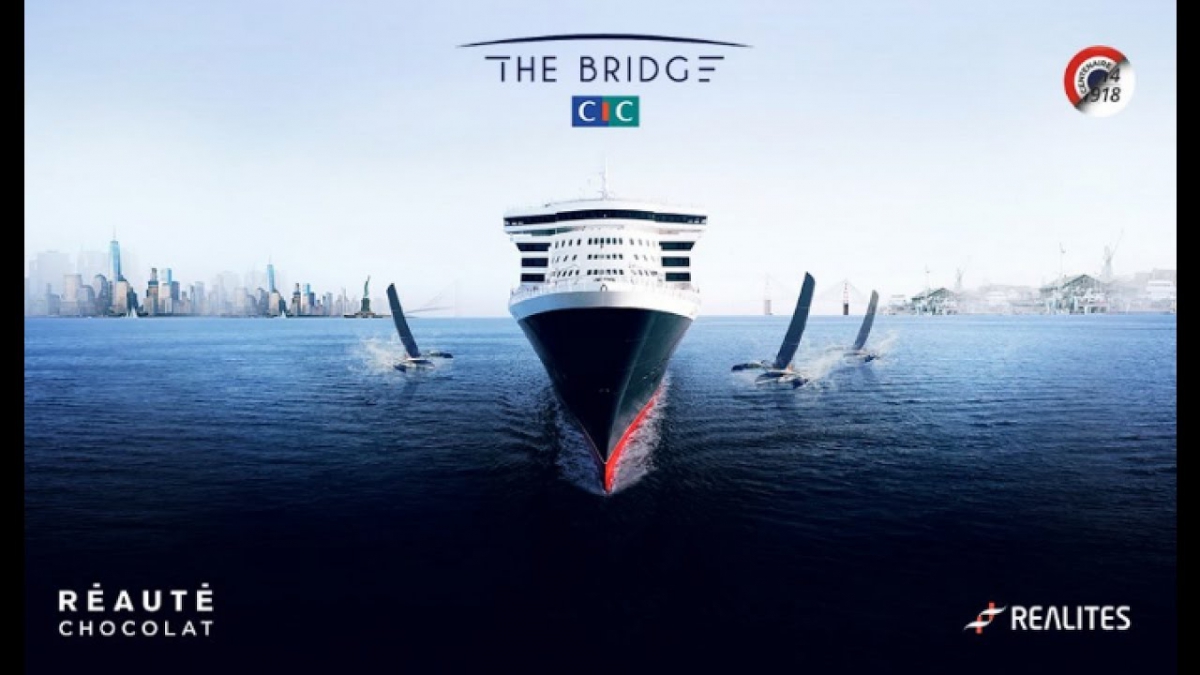 The Bridge 2017 - Together, let's build The Bridge

We built too many walls and not enough bridges.