Previous news
All news
Next news

THE BRIDGE, is what the skippers know better than anyone else. Here are extracts chosen from words by Thomas Coville and François Gabart during the press conference on Friday in Saint-Nazaire, 48 hours before the D-day of the departure of the Transat of the Centenary.

It is a historical moment! One hundred years after the American landing, which resulted in the end of the First World War and we have the first Ultime Mutlihull crewed race! Queen Mary 2 has an average speed close to ours for a route as such, with journalists and partners onboard, an exceptional idea to create public relations. If we are lucky enough to cross paths in the middle of the Atlantic Ocean, it would be fantastic! Let us not forget that there are two boatsin Saint-Nazaire that accomplished extraordinary around the world records in solo (Sodebo Ultim’) and crewed (IDEC Sport). 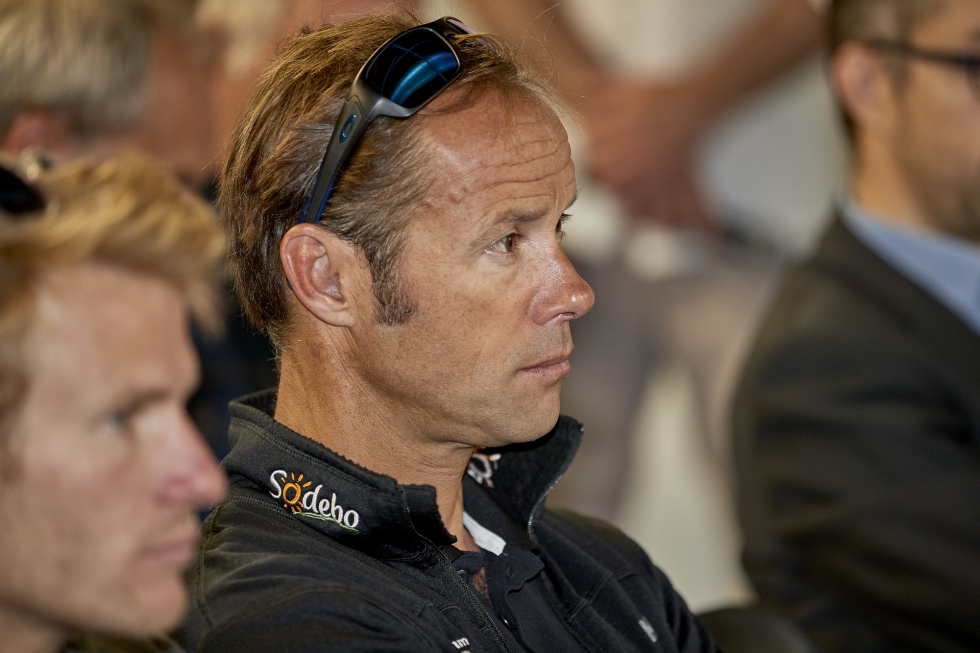 THE BRIDGE will be our first meeting with uptime trimarans ! These exceptional boats are built for solo races, and in particular for round-the-world-trips. The Collectif Ultim has indeed projected itself until 2019 but the programme's starting point is THE BRIDGE, which is a crewed race: therefore, I have briefed my crew on security measures as well as the weather to focus on the race